Share a memory
Obituary & Services
Tribute Wall
Read more about the life story of Robert and share your memory.

Robert Hodell, age 87, a resident of Trego, died on Tuesday, January 17, 2023, at the Marshfield Medical Center in Rice Lake.

Robert was born August 17, 1935, in Ashland, Wisconsin to parents Walter and Bernice (Cwikowski) Hodell. He attended the Ashland Schools and graduated in June of 1953. Robert then enlisted in the United States Navy in August of 1953, where he was attached to the Sea Bees and was honorably discharged in August of 1957. He returned to Ashland where in the fall of 1957, he enrolled in Northland College and graduated in December of 1960. He began a career with the Social Security Administration in March of 1961. On June 23, 1962, Robert was united in marriage to Judith Angus in Ashland. The couple would spend 35 years living in the Wausau area where he worked until his retirement in December of 1995.  The couple then moved to their home in Chicog Township where they have resided for the past 25 years. Robert was an avid outdoorsman; whether it was fishing, hiking, or hunting, being outdoors was where he was the happiest. He was also an avid duck hunter and an active member of the RSW Ducks Unlimited Chapter. When he couldn’t get outside, you could find him reading and watching hockey as he was a huge Wisconsin Badgers Hockey fan.

Robert is preceded in death by his parents, and brother Thomas.

A graveside service with Military Honors will be held at a later date at the Northern Wisconsin Veterans Memorial Cemetery near Spooner.

In lieu of flowers, Robert’s family would greatly appreciate memorials in his name be sent to the RSW Ducks Unlimited Chapter, Regional Hospice Services & Palliative Care, or The Michael J Fox Foundation for Parkinson’s Research.

To send flowers to the family or plant a tree in memory of Robert Hodell, please visit our floral store. 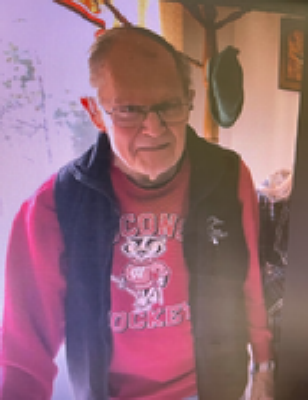 You can still show your support by sending flowers directly to the family, or by planting a memorial tree in the memory of Robert Hodell
SHARE OBITUARY
© 2023 Bratley-Nelson Funeral Homes & Crematory. All Rights Reserved. Funeral Home website by CFS & TA | Terms of Use | Privacy Policy | Accessibility