Share a memory
Obituary & Services
Tribute Wall
Read more about the life story of Robert and share your memory.

Robert Allan was born March 8, 1938, in Chicago, IL the son of Herbert and Mary (Carmody) Baker. Bob was raised in Chicago, IL and then graduated from Kelvin Park High School in Chicago.  He joined the U.S. Air Force and served for four years.  After his time in the service, he returned to Illinois where he began work with Spiegel and Alden’s catalog companies as a buyer for them.  He later worked with Ira Truman as a manufacturer’s representative.  He continued his career by starting his own company, Robert A. Baker, Inc.  On July 8, 1988, Robert was joined in marriage to the love of his life, Katherine Anne Herman, in Wheaton, IL.  Bob began work for Cabela’s in Hoffman Estates, IL in 2007, where he would retire in 2012.  Bob and Kathy moved to Hayward, WI in 2012 and fulfilled their longtime dream of making Hayward their home.  Bob became active with the Spider Lake Church and their Northwoods Community Food Shelf.  He also enjoyed being in the outdoors, fishing for Musky, birdwatching and gardening.

He was preceded in death by his parents and one brother, Richard Baker.

A memorial service celebrating Bob’s life will be held at 11:00 a.m. on Thursday, December 8, 2022, at the Spider Lake Church Campus.  A time of gathering with family and friends will be held from 10:00 to 11:00 a.m. on Thursday at the church.  Military honors will be accorded by the state of Wisconsin Military Funeral Honors Program and Hayward American Legion Post #218.

In lieu of flowers memorials may be directed to the Spider Lake Church or Northwoods Community Food Shelf, PO Box 695, Hayward, WI 54843. 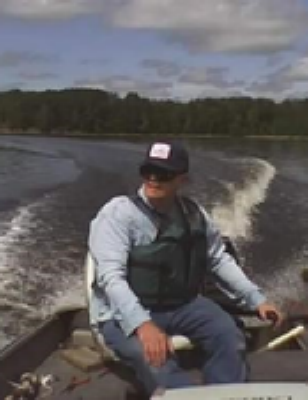