Share a memory
Obituary & Services
Tribute Wall
Read more about the life story of Pastor Stewart and share your memory.

Stewart Keith Carlson was born October 9, 1979 to Keith and Joan Carlson of Lindstrom, MN.  He was proud of the fact that he was a sixth generation Lindstromite.

He was born at the Metropolitan Medical Center in Minneapolis, overlooking the then being constructed Metrodome.  This presaged his life long passion for the Minnesota Vikings – including 22 years as a season ticket holder.  He shared this love with his father.

He brought much joy to many people throughout his life.  He had an ability to make and maintain friendships.  He still kept in touch with some of the neighborhood “kids” who played at the Pumphouse Park in their early years.

Stewart attended the Chisago Lakes Baptist School from 9th through 12th grade.  Towards the end of high school, he felt called to devote his life to the ministry.  He carried this calling through his years at Concordia College (Moorhead) and Luther Seminary.  He made many new friends during these years.

Stewart’s first call was to Our Savior’s Lutheran Church in Lamberton.  He was supposed to be there as a short-term interim pastor but stayed over two years.  From Lamberton he was called to Sychar Lutheran Church in Silver Bay where he became an avid hiker on the Superior Hiking Trail – a love he shared with his mother.

Stewart’s final call was to Grace Lutheran Church in Hayward, WI.  He moved there shortly before the start of the pandemic.  He felt blessed to be called and enjoy new opportunities to serve.  He was found to have passed from his earthly home in Hayward to his eternal home on March 23, 2021 due to natural causes.  He was 41 years old.

He is survived by his parents, Keith and Joan Carlson; his sister, Anne and family member Christopher Steinberg.  He is also survived by many aunts, uncles and cousins from the Carlson and Alliegro families.

He was predeceased by grandparents Kermit and Beuna May Carlson, Alfred and Anne Alliegro and special friends Bob and Mary Newstrom.  He brought much joy to his grandmother Beuna May and great grandparents and Arvid and Mabel Victor and Ellen Carlson.

Stewart will be best remembered for his total kindness toward others. He never condemned or showed bitterness.  He accepted others as they are.  He enjoyed people of all ages – especially the young and the elderly.  He often traveled from Hayward to visit former congregation members in Silver Bay.  He looked forward to visiting as often as possible with 101-year-old Esther Olson along with others who became close friends from Lumberton, Silver Bay and Hayward.

Hundreds of memories have been posted on Stewart’s Facebook page.  Part of a post by Josh Slattengren, one of Stewart’s longest and closest friends, beautifully expresses the thoughts of many: “Stew, you were always so approachable and people were never threatened by you.  You used your quirkiness to your full advantage and made people feel comfortable.  You always showed such sincere interest in others.  You drew people in with your extraordinary wit and good-natured laugh.  You loved to talk and tell stories, but just as importantly you were a good listener.  You provided me and others with wise counsel.  Your untimely death has caused me to consider our frailty.  We are life the grass of the field that is here today and gone tomorrow.  We are a vapor that quickly fades…Thankfully you trusted in Jesus Christ our Lord and Savior…. I know you genuinely loved people and God.  I now take solace in the fact that you are in heaven.  You are in God’s presence not because you were a pastor or because you were good with people, but because you accepted the awesome gift of eternal life offered and made possible by the sacrifice of Jesus.  In his presence is the fullness of joy.  There is so much more I want to say but don’t know how to properly express.  So, with a heavy heart and tear-filled eyes, I say an earthly goodbye to my good friend.”

Stewart’s family thanks all of his many friends for their outpouring of support at this difficult time.

Memorials are preferred to your local food shelf, Lutheran World Relief, Northshore Area Partners or one of the churches which Stewart serviced.

John 3:16-17  “For God so loved the world, that he gave his only begotten son, that whosoever believeth in him should not perish, but have everlasting life.  For God sent not his son into the world to condemn the world; but that the world through him might be saved.”

To send flowers to the family or plant a tree in memory of Pastor Stewart Keith Carlson, please visit our floral store. 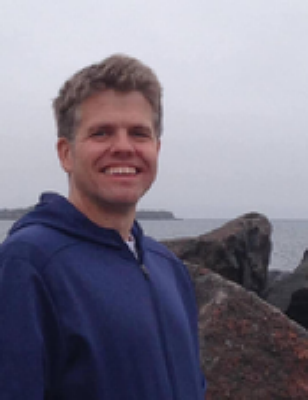