Share a memory
Obituary & Services
Tribute Wall
Read more about the life story of James and share your memory.

James Winford Kissinger was born in Plymouth, WI on April 8, 1935 the son of Arthur and Lilliam (Becker) Kissinger. He grew up and graduated from high school in Elkhart Lake, WI where he excelled in sports-mainly baseball and basketball. He received a Bachelor’s Degree in Business Education from the University of Wisconsin-Whitewater where he played on the tennis team. While attending college he met Alice Montgomery and they were married on June 18, 1960. They both taught in Appleton where they began raising their children.   While living in Appleton, he taught business subjects at Appleton High School. Jim received a MS in Guidance from the University of Wisconsin Oshkosh while he helped create a school-to-work program which involved High School students in the work world.  Next he collaborated with Wisconsin Public Television to produce a series of Vocational Educational television programs in conjunction with Channel 11 in Green Bay, WI.  Jim was always active in coaching his kids’ teams in both boys’ and girls’ basketball and baseball/softball.   He started a boy’s little league team at Sherman School and arranged for them to compete in a league outside the city of Eau Claire. Serving as Boys Volleyball coach in Appleton, he took his team to the state finals.  He served as president of the Athletic Booster Club at North High School in Eau Claire. Jim was also an enthusiastic supporter of Title 9, giving equal time/space/funding to girls and boys sports.

Jim moved the family to Eau Claire in 1972 when the state public television network established stations outside of Madison and Milwaukee. At that time, Jim was chosen as station manager of channel 31 in La Crosse and 28 in Menomonie. He continued in that position, moving the Channel 28 office from Menomonie (UW-Stout) to UW-Eau Claire, where it is today. He retired in 1998 to live in the Hayward area, a goal he had pursued all his life. He helped with the formation of the Little Sissabagama Lake Owners Association and served as its president for several years. He was intimately involved in the Association’s receiving the donation of Stout Island from Frank Stout.

His life since retiring was devoted to environmental pursuits; sustainable forestry, wildlife habitat improvement and using sound tree harvesting practices. He accomplished many of these goals through his membership in the Wisconsin Woodland Owners Association, both in the Hayward area and state-wide and with the help of his family in carrying out his recommendations. As a longtime member of WWOA, Jim supported Best Management Practices on his acres of woodlands both in Sawyer and Price Counties. Being interested in outdoor recreation, he worked with a citizen group to plan and develop the Green Lake/Sissabagama walking/hiking/skiing trail in the Town of Edgewater.

Jim and Alice enjoyed traveling on two river cruises, a Eurail tour in Europe and also visited Hawaii, Australia, New Zealand, Fiji and Canada, taking several trips from British Columbia to Nova Scotia.  He also enjoyed family gatherings at the lake and his annual deer hunt with his family in November.   Jim is a United States Army Veteran, having served during the Korean War. He has belonged to the American Legion Post 53 in Eau Claire for many years.

A memorial service celebrating Jim’s life will be held at 1:30 p.m. on Friday, January 29, at the United Methodist Church in Hayward.  Visitation will be held from 12:30 to 1:30 p.m. on Friday at the church.  Interment will be in the Northern Wisconsin Veterans Memorial Cemetery in Spooner, WI.  Military honors will be accorded by the State of Wisconsin Military Funeral Honors Program.

In lieu of flowers the family kindly asks for donations to Sawyer County Forestry Department, 10610 Main St #100, Hayward, WI 54843 for planting an area of trees dedicated to Jim’s love of tree planting.

To send flowers to the family or plant a tree in memory of James Winford Kissinger, please visit our floral store.

Your browser does not support this video format. You should be able to view it in Chrome, Safari or Internet Explorer. 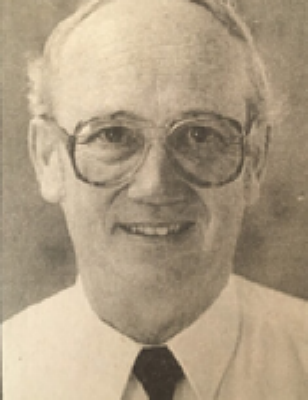