Share a memory
Obituary & Services
Tribute Wall
Read more about the life story of Herman and share your memory.

Herman was born on February 18, 1933, in Dearborn, MI.  He moved to Wascott, WI with his parents Herman Sr & Freida.  His sister, Marilyn, was born 3 years later in 1936.  They lived in the back of the Wascott General Store.  It was a true old-fashioned store with a meat counter, post office, bait & tackle shop, feed store & gas station.  It was the “hub of Wascott” and where Herman perfected his perfected his customer service skills.

Herman went to high school in Minong, and this is where his loved of sports started.  He played football, basketball, and baseball.  He once pitched a no-hitter and forever carried the newspaper clipping in his wallet.

He met Thelma Bailey when he was in the 7th grade.  He pursued her for years and she finally said yes to a date when she was a Jr in high school….and the rest is history.  Herman and Thelma were married on July 5, 1953.

They moved to Circle Pines for one year where he worked for Honeywell.  Teresa was born in 1954 and soon after that they decided that city life wasn’t for them.

They moved to Hayward on April 1956.  He started a business called Heinz Candy & Tobacco.  He was at the start of the tourism boom in the area.  It was the heyday of resorts around Hayward.  His routes took him from the Chippewa Flowage to Round Lake, to Eau Claire Lakes.  He delivered candy, chips & tobacco products.  This was the start of everyone knowing Herman Heinz!

Their son, Kevin, was born in November 1958.  Herman continued with his love of sports by organizing the first fast pitch softball in the Hayward area.  He & Howard Sipe were part of the Charlie Jerome Hayward Feed & Seed team. They played in the old sand lot by the Hayward Beach until 1962, when the land was sold to the Freshwater Fishing Hall of Fame.  At that time, he and Archie Elgershma put up $5,000 to create the community softball field.  They cleared the field, put up fencing & lighting.  He was thrilled to have that field named after him in November 2022.

He sold his candy business in 1972 and bought the Union 76 gas station from Kenny Schugro, where many young kids got their first chance at a job.  His two grandsons, KC & Brandon worked there.  He also bought the bulk plant from Art Klatt and passed that business onto his son, Kevin.

Sports continued to be a big part of his life and a way he gave back to the community for years.  He coached little league for 21 years.  Four of his grandsons were part of his teams.  He coached hockey, girls elementary/middle school basketball and soccer.  He loved it and loved the kids.  He always said “I never met a kid I didn’t like.  I met a few parents, but never a kid!”.  He was very proud of the fact that he served on the school board for 6 years and was part of the board that got the high school built.

In 2001, his health began to fail, and he had problems with his kidneys.  His daughter, Teresa, gave him a kidney in 2001 and he began a renewed life out in the community.  You would have seen him pumping gas at the Mobile & Co-op gas stations.

Everyone knew Herman and loved him.  He was an icon, a fixture and an ambassador in Hayward and will be forever missed.

A Visitation will be held on Tuesday, December 6, 2022 from 3:00 pm-4:00 pm at the Spider Lake Main Street Campus Church, Hayward, WI with a Memorial Service immediately following the Visitation.  A burial at the Wascott Cemetery, Wascott, WI will be held at a later date.

The family asks that in lieu of flowers, donations be made to the Kidney Fund (www.kidneyfund.org).  Also, stay tuned for an event this summer to celebrate Herman’s love of sports. 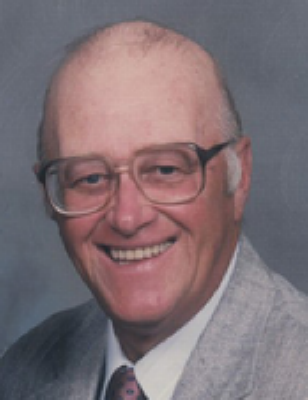