Share a memory
Obituary & Services
Tribute Wall
Read more about the life story of Deborah and share your memory.

Deborah Lynn was born May 6, 1949, in Los Angeles, CA the daughter of Robert and Norma (Warner) Hallam.  She was raised in California and graduated from Los Altos High School in 1967.  She continued her education at the University of Jamestown in Jamestown, ND.  Deborah would earn her bachelor’s degree and a master’s degree from the University of Jamestown.  She then became licensed as a Registered Nurse.  Deborah’s nursing career included work in both hospitals and nursing homes.  She lived in Ashland, WI, Milwaukee, WI, Duluth, MN, Grafton, WI, Port Washington, WI and West Linn, OR while working as a nurse.  She also worked as a traveling nurse where she would serve as Director of Nursing at facilities she would go to.  On February 19, 2004, Deb was joined in marriage to John Rheaume in Las Vegas, NV.  Deb and John moved to Solon Springs, WI where Deb enjoyed having her pet potbelly pig.  Deb enjoyed fishing, camping, and snowmobiling.  She was a very strong willed and independent person to those who knew her.

She was preceded in death by her parents; one brother, Scott Hallam; and one sister, Maureen Hallam.

A gathering will be held for Deb at a later date to be announced.

To send flowers to the family or plant a tree in memory of Deborah Lynn Hallam, please visit our floral store. 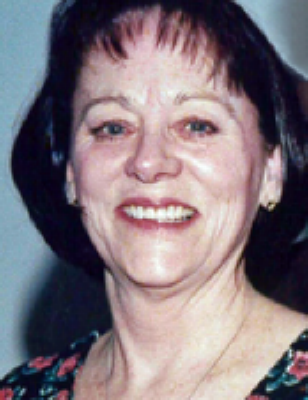 You can still show your support by sending flowers directly to the family, or by planting a memorial tree in the memory of Deborah Lynn Hallam
SHARE OBITUARY
© 2023 Bratley-Nelson Funeral Homes & Crematory. All Rights Reserved. Funeral Home website by CFS & TA | Terms of Use | Privacy Policy | Accessibility