Share a memory
Obituary & Services
Tribute Wall
Read more about the life story of Charles and share your memory.

Charles Langdon, age 78, a resident of Siren, Wisconsin, died after a courageous battle with cancer surrounded by his family on Saturday, January 7, 2023 at Maple Ridge in Spooner.

Chuck was born on December 16, 1944, in Detroit, Michigan to parents Leroy and Lorene (Ohldrich) Langdon.  As a young child he attended school in Detroit before moving to Hawks, Michigan where his mother and step father owned a small-town grocery store. His father died when Chuck was young and he was raised by his mother and step father Harold Klann.  After school, he enlisted in the US Army.  While on leave with his Army buddy Norm Hills in Danbury, Wisconsin, he met Norm’s sister Mildred who would later become his wife.  After Chuck’s discharge, the couple lived in St. Paul for a time and in the early 1970’s they moved to Webster and then to Siren in the early 1990’s.  Chuck spent the majority of his working years as an over the road Truck Driver, but when home, he enjoyed rabbit hunting with his beagles, spending time with his girls, family and friends.

Chuck is preceded in death by his parents, step father, and brother Eric Klann.

Per Chuck’s wishes no services will be held.

To send flowers to the family or plant a tree in memory of Charles Langdon, please visit our floral store. 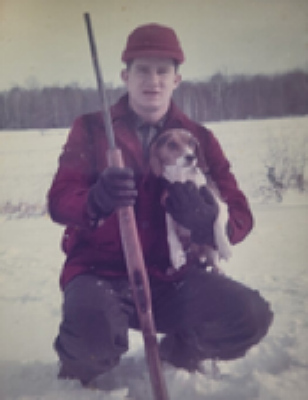 You can still show your support by sending flowers directly to the family, or by planting a memorial tree in the memory of Charles Langdon
SHARE OBITUARY
© 2023 Bratley-Nelson Funeral Homes & Crematory. All Rights Reserved. Funeral Home website by CFS & TA | Terms of Use | Privacy Policy | Accessibility