Share a memory
Obituary & Services
Tribute Wall
Read more about the life story of Betty and share your memory.

With saddened hearts we announce the peaceful passing of mother, grandmother and great grandmother, Betty Dreis of Spooner on January 13, 2023.  She was born Betty Loughran in Davenport, Iowa on March 10, 1927 to Charles and Neola Loughran.  Growing up in a deaf family Betty’s first language was sign language.

Betty was preceded in death by her loving husband Robert (Bob) Edward Dreis after 61 years of marriage.  She was also preceded by son Peter Donald Dreis in 2018.

Betty was born and grew up in Davenport, Iowa.  She attended St. Paul the Apostle elementary school and graduated from Davenport High School.  While attending Mary Crest College in Davenport she met and fell in love with Bob Dreis.  They were married August 27, 1949 in Davenport.  After her marriage she lived in Ames, Iowa before moving to Wisconsin.  She lived in Black River Falls and Menomonie before settling in Spooner.

Betty worked for the Northwest Regional Planning Commission in Spooner for 25 years.

Family and church were the center of Betty’s life.  She loved the outdoors, animals, sewing and crafting.  Betty loved a good game of cards, playing bridge until she was 95. She always gave of herself to help others and in return enjoyed many friendships wherever she lived.  In her retirement she and Bob enjoyed many vacations, especially the winter get away to Florida.

Betty leaves her family with many wonderful memories.

The family is very grateful for the loving care of staff at Glenview Assisted Living, where Betty resided in her final years.  We are also extremely grateful for the compassionate care given by the staff at Spooner Hospital before her death.

A funeral mass will be on Tuesday, January 17, 2023 at St. Francis de Sales Catholic Church at 11:00 AM, with Visitation at the church one hour prior to the service.  Interment immediately following at the Northern Wisconsin Memorial Veteran’s Cemetery.

In lieu of flowers, donations can be made to the Spooner SPCA.

To send flowers to the family or plant a tree in memory of Betty Dreis, please visit our floral store. 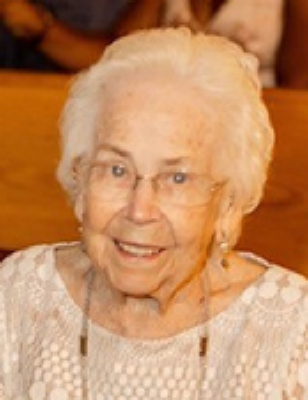